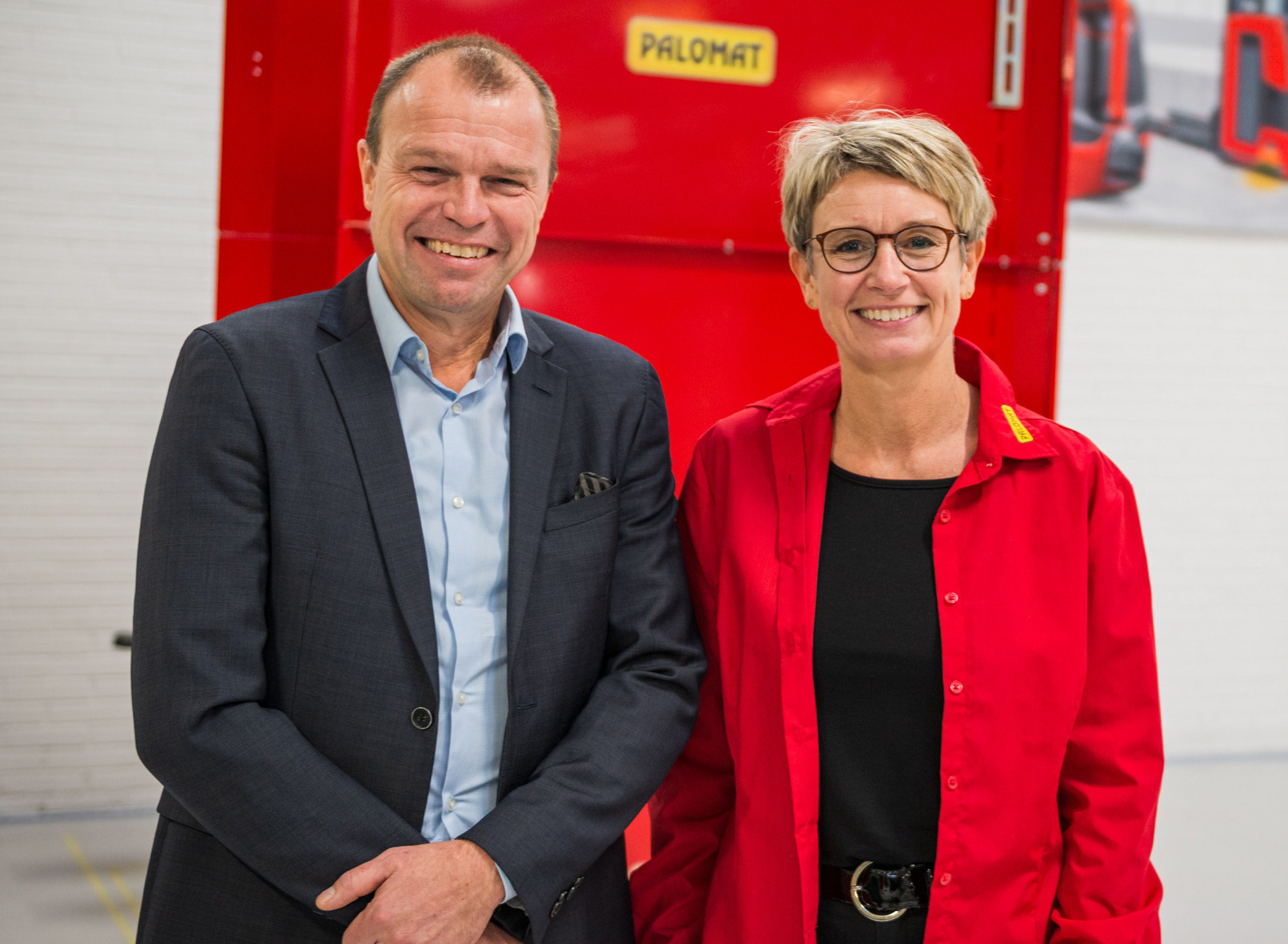 Scandinavia’s largest automation company, BILA, has removed the three biggest barriers for industrial companies to easily get started automating manual pallet transport with old-fashioned forklift trucks. The solution is called Global AGV. This is taking place at the same time as BILA launches a brand-new division in its business focused exclusively on logistics automation. In BILA Logistics, both competencies and logistics products are combined in one place. This is a global investment on the part of BILA, and to execute the ambitious plan, BILA Logistics has hand-picked a major talent from the international logistics industry, Ole Madsen, former CEO at SSI Schäfer North & East Europe for 12 years.

There are three things that prevent many industrial companies from automating the logistics on the factory floor so that they can more efficiently move pallets from A to B. It usually is expensive, cumbersome and takes an incredibly long time to implement self-driving forklift trucks. And that’s why more than a million manual stackers and forklift trucks are added in global industry every year. That’s something BILA Logistics intends to change with the new Global AGV solution. Heading this mission is 52-year-old Ole Madsen, newly appointed to BILA, but with many years of experience in logistics and automation in the global manufacturing industry.

We’re doing something that no one else has done before. So all SMEs can join the automation journey and achieve more efficient internal logistics. That’s because we have succeeded in taking the complexity out of the self-driving automatic AGV truck by building a module on a manual stacker. It’s so easy that companies can install it themselves and save time and money on large consulting projects. Software integration is simplified or removed altogether. In addition, the solution is rented out or leased, so that on a monthly basis it costs about a quarter of what companies currently pay for having a traditional manned truck running. We also have a demo period that allows companies to return the units if the return on investment is not satisfactory. And last but not least, we are working towards stocking the Global AGV solution, so it's just a matter of weeks before companies will be able to release the truck drivers to do more value-added tasks, says Ole Madsen, CEO of BILA Logistics.

AGV is an abbreviation for “Automated Guided Vehicle”. It refers to the driverless electric stackers that, using laser scanners, find their way around the shelves of a manufacturing company. In addition to Global AGV, the BILA Logistics product range also includes two other strong logistics automation solutions: PALOMAT® and Dan Palletiser.

LEAN logistics equals competitive advantage
There is a lot to gain from finely tuning the logistics in a manufacturing company. In the book ‘The Strong Value Chain – How to Create Competitive Advantage’ by Professor Jan Stentoft of SDU and consultant Einar Scholte of Implement, it is shown that the top and bottom lines can be improved by up to 20 % within 24 months if strategic focus is brought to the value chain.

Ole Madsen looks forward to helping the industry innovate and automate the logistics associated with pallets. In European industry alone, more than 400 million pallets are used on a yearly basis. This is despite the fact that automation could free personnel to do more complex and value-creating logistics tasks.

A high level of automation is equal to strong competitive advantage both locally and on the global market. Robots cost the same throughout the world, and the company's employees get time to perform the work that cannot be automated. For example, a fully automated leased solution for pallet handling costs approximately 25 % per hour of the cost of a traditional manned solution, points out Ole Madsen, CEO of BILA Logistics.

BILA’s new Logistics Division will be located in Aalborg, where BILA has just opened a new office. The automation company is interested in getting even closer to the talents of research hubs such as Aalborg University, as well as shortening the distance to work for the North Jutland employees who have been commuting to Mors. BILA Logistics will recruit a greater number of employees with logistics expertise to run the new venture, and synergy gains will be achieved with the addition of the 350 other colleagues in the group headquarters in Nykøbing Mors and in the other 10 offices in Denmark.

BILA Logistics is part of the BILA A/S group, which was founded in 1988 and provides the industry with production optimisation through automation solutions, typically using logistics solutions, industrial robots and cobots. The solutions cover everything from simple automation to optimising entire production lines. All competencies are gathered at BILA A/S and include consultancy, construction, development, implementation and subsequent servicing of robotic systems. The company has its own workshop where it develops and constructs special tools for the robotic facilities. BILA is a high-tech company employing more than 350 dedicated employees stationed at multiple locations in Denmark, as well as local offices in Sweden, Norway, Germany, the United States and a new department currently being set up in England. In addition, PALOMAT® is already represented through dealers in 22 countries. Through the years, BILA has delivered more than 2,000 automation solutions to industrial companies in Europe and the United States.